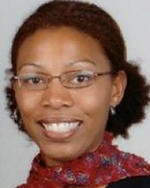 Crystal N. Feimster, a native of North Carolina, is an associate professor in the Department of African American Studies, the American Studies Program and History Department at Yale University, where she teaches a range of courses in 19th and 20th century African American history, women’s history, and southern history. She has also taught at Boston College, UNC-Chapel Hill, and Princeton.  She earned her Masters Degree and Ph. D. in history from Princeton University and her BA in History and Women’s Studies from UNC-Chapel Hill.  Her manuscript, Southern Horrors: Women and the Politics of Rape and Lynching  (Harvard University Press, 2009), examines the roles of both black and white women in the politics of racial and sexual violence in the American South.  She is currently working on two book projects: Sexual Warfare: Rape and the American Civil War and Truth Be Told: Rape and Mutiny in Civil War Louisiana.

She is also a member of the Global Connections and Violence Focus Program at Monash University in Melbourne, Australia.  The GCV Focus program is concerned both with armed conflict and violence, but also with the difficult spaces opened up by global connections and with the effects on individuals and groups caught up in burgeoning networks of free and unfree movement. By understanding the complex effects of global movement and status, the project’s researchers aim to address their challenging legacies. 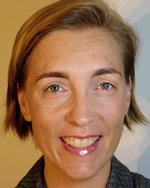 Louisa Lombard is associate professor of anthropology at Yale University. Her research, primarily sited in remote reaches of Central Africa, asks several questions. How are “stateless” arenas constituted, both now and historically? How should we understand people’s quests for privilege, entitlement, rights, and responsibilities when authority is plural and overlapping? When and why do people use violence and/or collaborate? She is the author of State of Rebellion: Violence and Intervention in the Central African Republic (Zed/Chicago 2016) and Hunting Game: Politics in the Central African Interior (under review with Cambridge University Press), as well as a number of articles on rebellion, armed conservation, and international peacebuilding. She is currently researching how military peacekeepers charged with protecting civilians in the midst of violent conflict understand their work and the moral dilemmas it entails.

Rohit De is a lawyer and historian of modern South Asia and focuses on the legal history of the Indian subcontinent and the common law world.  As a legal historian he moves beyond asking what the law was; to what actors thought law was and how this knowledge shaped their quotidian tactics, thoughts and actions. In recent years, this has enabled his research to move beyond the political borders to South Asia to uncover transnational legal geographies of commerce, migration and rights across Africa, Southeast Asia and the Carribean.

Professor De’s book A People’s Constitution: Law and Everyday Life in the Indian Republic(Princeton University Press) explores how the Indian constitution, despite its elite authorship and alien antecedents, came to permeate everyday life and imagination in India during its transition from a colonial state to a democratic republic. Mapping the use and appropriation of constitutional language and procedure by diverse groups such as butchers and sex workers, street vendors and petty businessmen, journalists and women social workers, it offers a constitutional history from below. He continues to write on the social and intellectual foundations of constitutionalism in South Asia.

He is current research focuses around two major strands; the histories of political lawyering and the nature of the postcolonial state in South Asia. Prof De is also interested in comparative constitutional law and is an Associate Research Scholar in Law at the Yale Law School. He has assisted Chief Justice K.G. Balakrishnan of the Supreme Court of India and worked on constitution reform projects in Nepal and Sri Lanka. He writes on contemporary legal issues in South Asia. 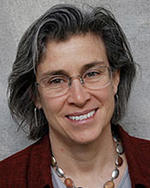 Elisabeth Jean Wood, Franklin Muzzy Crosby Professor of the Human Environment and Professor of Political Science, International and Area Studies at Yale University, is currently writing two books, one on sexual violence during war and a second on political violence in Colombia (with Francisco Gutiérrez Sanín).

She is the author of Forging Democracy from Below: Insurgent Transitions in South Africa and El Salvador and Insurgent Collective Action and Civil War in El Salvador, and co-editor with Morten Bergsmo and Alf B. Skre of Understanding and Proving International Sex Crimes and with Ian Shapiro, Susan C. Stokes, and Alexander S. Kirshner of Political Representation.

Among her recent articles and book chapters are “Rape as a Practice of War: Towards a Typology of Political Violence,” “The Persistence of Sexual Assault within the US Military,” “Ideology and Civil War: Instrumental Adoption and Beyond,” “Multiple Perpetrator Rape during War,” “Rape during War Is Not Inevitable: Variation in Wartime Sexual Violence,” and “The Social Processes of Civil War: The Wartime Transformation of Social Networks.”

Elisabeth is a fellow of the American Academy of Arts and Sciences. At Yale she teaches courses on comparative politics, political violence, collective action, agrarian studies, and qualitative research methods. She received the Graduate Mentor Award for the Social Sciences in May 2013. 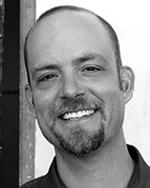 Jonathan Wyrtzen’s teaching and research engages a set of related thematic areas that include empire and colonialism, state formation and non-state forms of political organization, ethnicity and nationalism, and religion and socio-political action.  His work focuses on society and politics in North Africa and the Middle East, particularly with regards to interactions catalyzed by the expansion of European empires into this region.

His first book, Making Morocco: Colonial Intervention and the Politics of Identity (Cornell University Press, 2015; 2016 Social Science History Association President’s Book Award winner) examines how European colonial intervention in Morocco (1912–1956) established a new type of political field in which notions about and relationships among politics and identity formation were fundamentally transformed. His current book project–tentatively titled The Long Great War and the Making of the Modern Middle East–demonstrates how multiple scales and forms of state-based and non-state based political order were imagined by various European and local actors between 1911-1931, why these came into conflict, and how these interactions influenced the definition of a proto-interstate topography from Morocco to Iraq. Against the dominant narrative of Europeans imposing artificial borders in the region after the war, this study exposes a much more complicated and violent story in which both local and European powers played major roles in forging a new political order in the Middle East and North Africa.

Egor Lazarev is an assistant professor at the Department of Political Science. His research interests lie in political ethnography of state-building and conflict with an emphasis on gender, ethnicity, and religion. His primary regional focus is the former Soviet Union. His book project “Order After Conflict” explores how social and political consequences of armed conflict affect legal pluralism - the coexistence of Russian state law, Sharia, and customary law in Chechnya. Egor’s research has been published in World Politics, World Development, and Political Science Research & Methods. Prior to joining Yale, he was an assistant professor at the University of Toronto and a Scholar at the Harvard Academy for International and Area Studies. Egor was also a fellow at the Order, Conflict, and Violence Program at Yale in 2016/2017. 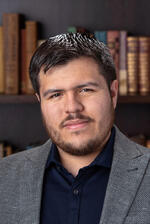 Ramon Garibaldo Valdez is a Ph.D. Candidate working on issues around social movements, immigration, and race in the United States. His research looks at the ways that immigrant communities in the U.S. actively resist – both through political mobilization and every-day defiance – the everyday violence produced by the U.S. immigration policy regime. Taking an ethnographic approach, his work disrupts common treatments of immigration policy and academic research by centering the voices of unauthorized migrants.